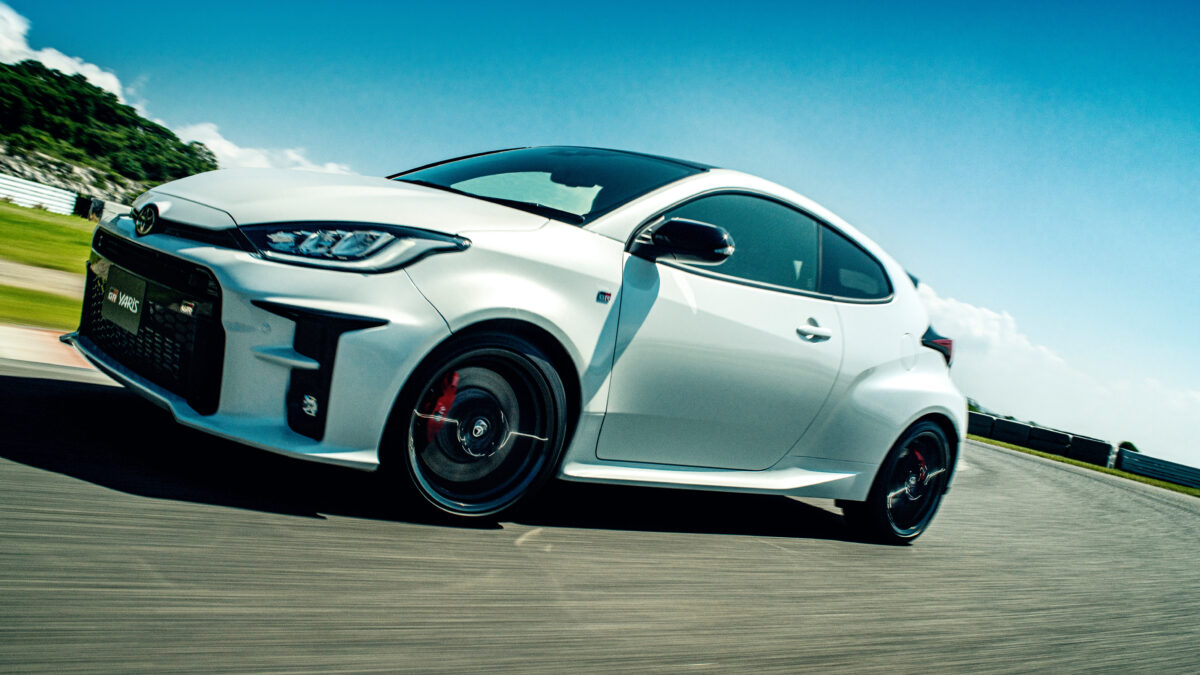 Toyota’s special-edition GR Yaris Rallye performance car will be launched in Australia in March with an introductory offer of $56,200 driveaway1.

The introductory offer price will apply to the first 200 cars, after which the price will move to the official recommended retail price of $54,500 plus on-road costs2.

GR Yaris Rallye promises an even richer experience for enthusiasts who want to take their cars to the track.

Building on the 200kW GR Yaris, the special-edition model is equipped with performance upgrades that make it an even more focused, high-speed performance package designed for circuit racing.

Toyota also confirmed that any future stock of GR Yaris, potentially arriving in the second half of 2021, will be priced at the recommended retail price of $49,500 plus on road costs2.

Speaking to media today, Toyota Vice President Sales and Marketing said the launch strategy for the Rallye was consistent with that adopted for the GR Yaris.

“Back in September, we announced our go-to-market strategy. We knew our official RRP made perfect sense with GR Yaris competing head-to-head against pure performance cars in the segment costing more than $50,000” Mr Hanley said.

“But we weren’t content with that. We wanted to ignite the performance-car market. We wanted to broaden the awareness and appeal of the GR brand. And we wanted to support customers – many of whom we knew would be new to Toyota – by making GR Yaris genuinely attainable.

“By all accounts, we’ve achieved exactly what we set out to do. Our strategy was built on a significant local investment… an aggressive driveaway offer, limited to the first 1,000 cars.

“The first 1,000 were snapped up within a week – a remarkable response. We responded to this extraordinary demand by releasing a further 100 cars – at a new price point, but still well below the RRP. This kept faith with our promise to the first 1,000 customers that they were receiving a limited offer.

“We expect to deliver around 550 of these 1,100 cars by Christmas… and the balance by April next year. Not surprisingly, we’re keen to secure more cars, most likely in the second half of next year – and we’ll keep you posted in the coming months.

“Whenever those cars arrive, they will be priced at the RRP… $49,500 plus on-road costs. I’m sure that news will delight the enthusiasts who got in early. And, even at full RRP, GR Yaris will be excellent value and highly competitive against its performance-car rivals.

“That brings us to the remaining piece of the puzzle… the circuit-focused Rallye.

“Now, just as we did with GR Yaris, we want to excite as many fans as possible by ensuring this special-edition Rallye model is genuinely attainable.

“We want to continue to ignite the performance-car market, broaden the awareness and appeal of our GR brand, and support our customers – many of whom are new to Toyota,” he said.