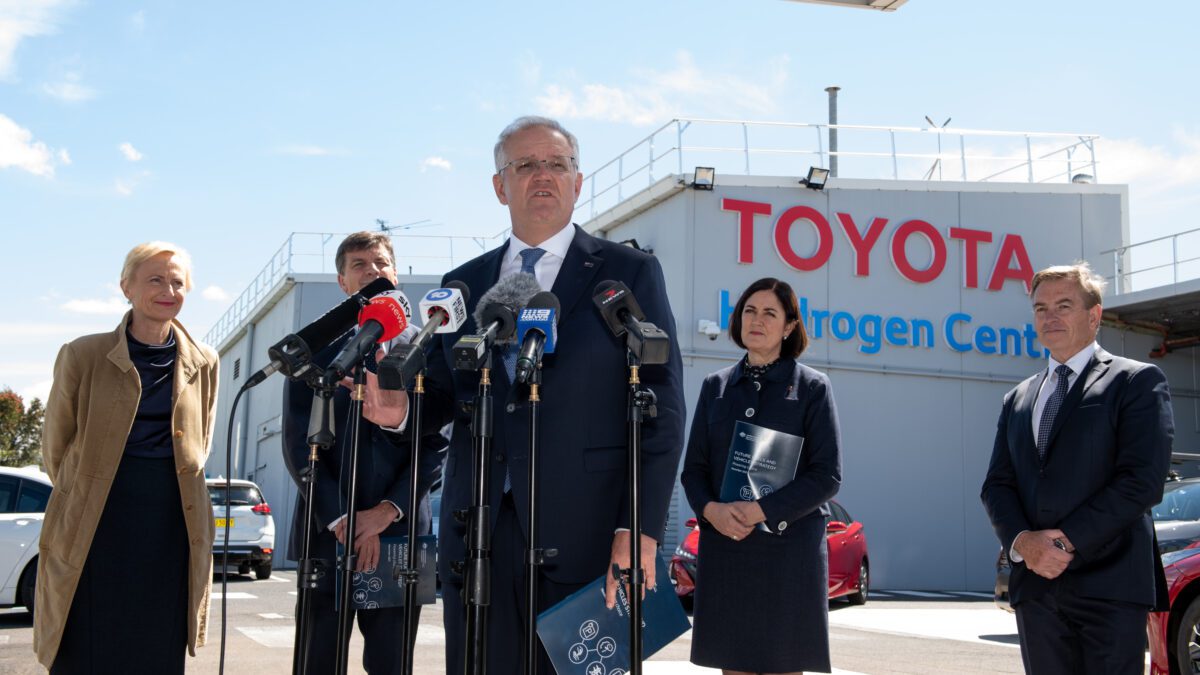 Mr Callachor was commenting at the announcement by the Federal Government of the Future Fuels and Vehicles Strategy, which includes support for the accelerated deployment of charging and hydrogen refuelling stations in Australia.

Welcoming the Prime Minister to the site, Mr Callachor said creating sustainable mobility solutions for all Australians is a priority for Toyota.

“Toyota globally is committed to achieving net zero emissions across our business, including in Australia, not just for our vehicles but also for the supply of components, manufacturing and transport,” Mr Callachor said.

“We strongly support all initiatives that accelerate the rollout of low and zero-emissions vehicles by improving access to charging and refuelling infrastructure,” he said.

“Already, we have more than 220,000 hybrid electric vehicles on the road, contributing significantly to lowering emissions in Australia.

“This choice of powertrain is important, as it recognises the different practical needs and varying locations of Australian customers.”

Toyota’s state-of-the-art Hydrogen Centre is centred on interactive education displays designed to inform Australians about the potential for a low-emission hydrogen society.