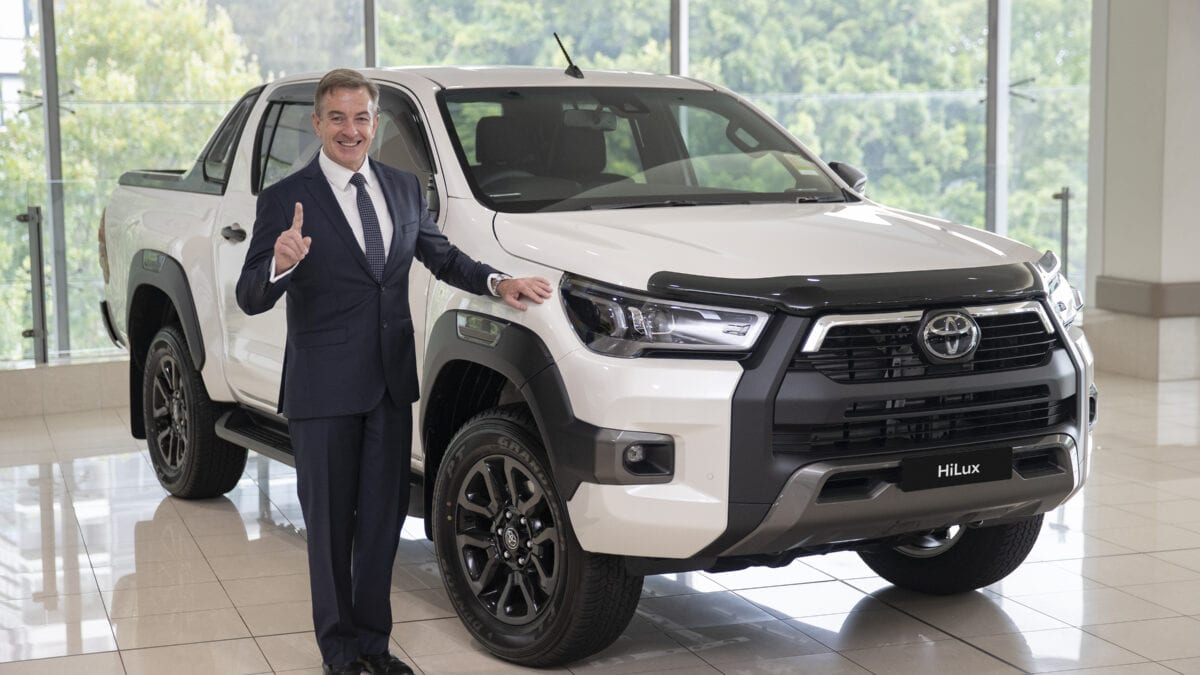 Toyota has led the Australian automotive industry to a better-than-expected sales total of 916,968 new vehicles for 2020.

The industry tally includes a record 54,335 Toyota hybrids, propelling electrified vehicles to more than five per cent of the annual national market for the first time.

Despite the toughest economic conditions experienced in a generation, Toyota’s overall tally of 204,801 customer deliveries came within just 965 sales or 0.5 per cent of its total from the previous year.

It was the best-selling brand for the 24th time, including the past 18 years in a row – and the top seller in every state and territory.

Toyota dealers sold more than 200,000 vehicles for the ninth year in a row and for the 16th time in the past 17 years.

For the third year in a row, customers bought twice as many vehicles from Toyota than from any other make.
HiLux (45,176 sales) was Australia’s best-selling vehicle for the fifth year in a row. It was also the country’s most popular commercial vehicle for the 23rd year straight.

The versatile workhorse has now been the sales leader in Western Australia for 13 years, Queensland for 14 years and the Northern Territory for 20 years.

RAV4 was Australia’s best-selling SUV with a record 38,537 buyers. It was also the most popular hybrid with 26,400 or almost 70 per cent of its total demand.

Toyota’s legendary Corolla was the best-selling passenger car for the 8th year in a row. Stablemate Camry has now been the most popular mid-size car for a consecutive period that now spans 27 years.

Toyota Australia President and CEO Matthew Callachor said the industry and Toyota results were remarkable in the circumstances and expected to improve in 2021.

He said Toyota would continue to support its communities, which last year included:

• Helping grassroots clubs raise more than $650,000 in the Good for Cricket and Good for Footy raffles,
• Toyota Catering delivering over 50,000 meals to frontline health care workers during the pandemic, and those most vulnerable in our community.
• Donating $573,000 to assist bushfire-affected communities, and
• Awarding Toyota Community Trust grants for STEM education projects.