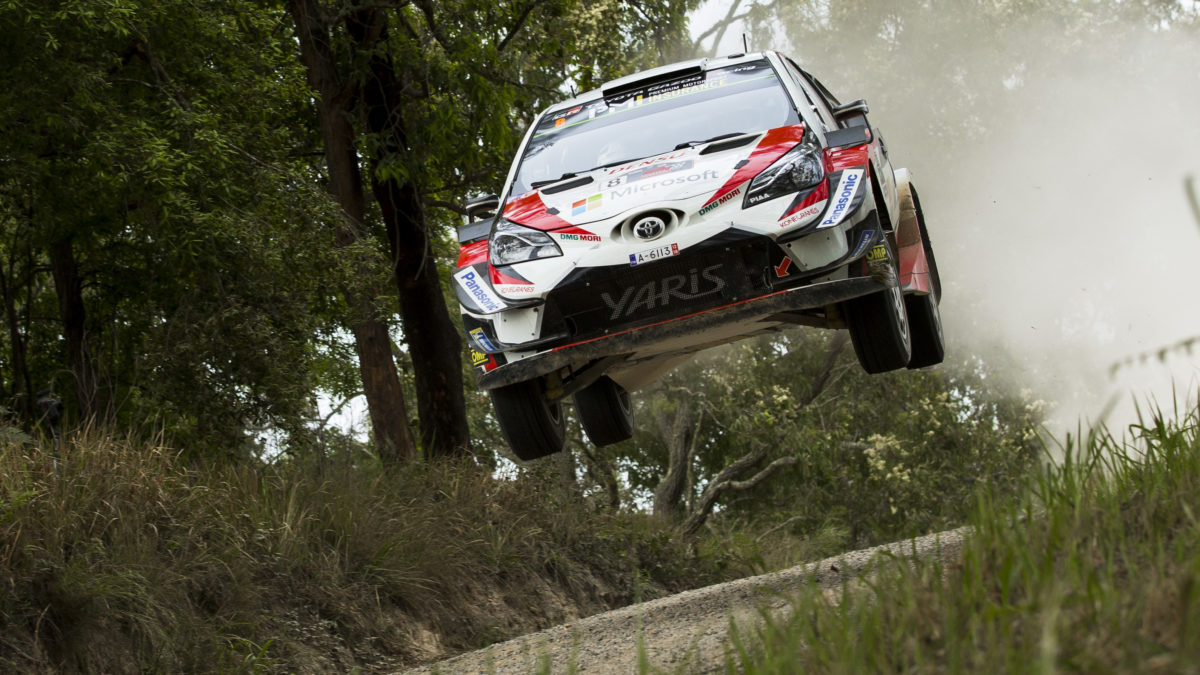 Toyota Australia has strengthened its support for local and international rally motorsport, signing up as a major sponsor of Rally Australia for the third year in a row.

The sponsorship announcement comes as the TOYOTA GAZOO Racing Australia (TGRA) rally team aims to extend its success in the Eureka Rush ARC event, to be held in Ballarat, Victoria, this weekend.

TGRA’s Harry Bates and co-driver John McCarthy, campaigning a turbocharged all-wheel drive Yaris AP4 rally car, will be aiming to win their third Eureka rally in a row and cement their lead in this year’s championship.

Toyota Australia Chief Marketing Officer Wayne Gabriel said Toyota was committed to supporting rally motorsport on a global and local level and its sponsorship of the iconic Rally Australia event delivered benefits for fans and customers.

“As the final round of both the ARC and WRC, Rally Australia always provides plenty of spectacular rally action for fans as teams battle it out for the fastest times across more than 300km of special stages,” Mr Gabriel said.

“We are hoping for a repeat performance this year with lead driver Ott Tänak and co-driver Martin Järveoja leading the championship.

“Locally, our factory-backed TGRA rally team is also having a great season and we are very proud of the team.

“Harry and John are leading the championship with younger brother Lewis Bates and co-driver Anthony McLaughlin in third place as they go into the fourth round at Ballarat this weekend.

“But Toyota’s support for rallying is not just about winning championships. The learnings we gain from this extreme form of motorsport are continually fed back into our development of ever-better cars for customers,” he said.

As official automotive sponsor of Rally Australia, Toyota Australia will supply 23 support vehicles for officials to use during the event.

After this weekend’s rally in Ballarat, the ARC heads for the Adelaide Hills on September 20-22 before finishing at Rally Australia in November.

TGR goes into the 10th round in Germany on August 22-25 with Tänak and Järveoja having had four rally victories so far this season.

Toyota motorsport
Toyota has a proud international motorsport history spanning more than 60 years. It became the first Japanese car manufacturer to enter international motorsport when it contested the 1957 Mobilgas Round Australia Rally, which is why many people consider Australia to be the birthplace of Toyota motorsport. Today, TOYOTA GAZOO Racing contests the FIA-sanctioned World Rally Championship, World Endurance Championship which features the famed 24 Hours of Le Mans, and the gruelling Dakar rally. Closer to home, TOYOTA GAZOO Racing Australia supports the Toyota 86 Racing Series that seeks to develop the talent of tomorrow as Australia’s premier grassroots circuit-racing category. In rallying, Toyota also supports the TOYOTA GAZOO Racing Australia rally team in the Australian Rally Championship.