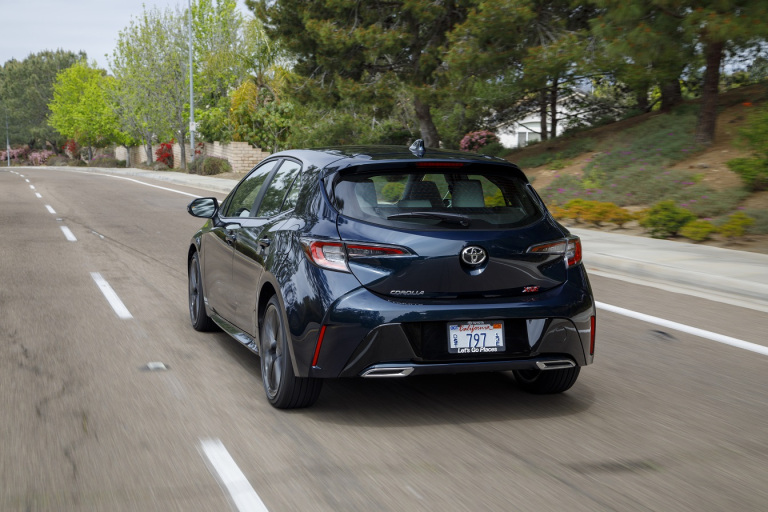 The all-new Corolla hatch will provide a perfect showcase for Toyota’s latest generation hybrid technology that will be available across the range when the new model goes on sale in August.

The improved driveability and tractability of the substantially upgraded Hybrid Synergy Drive in the Corolla complements the car’s new-found dynamic capability and bold styling while providing the optimum balance between fuel economy, low emissions and performance.

By offering the advanced 1.8-litre petrol electric drivetrain as a powertrain option on all models, Toyota is furthering its push to ensure its self-sufficient electrified drivetrain technology is a mainstream drivetrain option that is available to a broad range of customers.

Toyota chief marketing officer Wayne Gabriel said the new hybrid is now available on three of the four new Camry models – with hybrid accounting for more than 40 per cent of sales – will be offered on every Corolla model, and will, for the first time in Australia be available in the new RAV4 that will launch in 2019.

“Toyota was one of the pioneers of this advanced technology when it launched the original Prius over 20 years ago and as we move to a more electrified drivetrain culture we are continuing to evolve our hybrid technology to ensure it has the widest application possible,” Mr Gabriel said.

“It is no longer a marginal powertrain option, but rather, as we have experienced with Camry, a favoured option for customers who appreciate its responsive, economical and low-emission performance for all driving environments.” 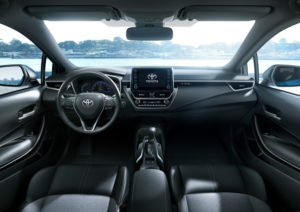 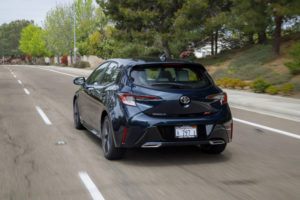 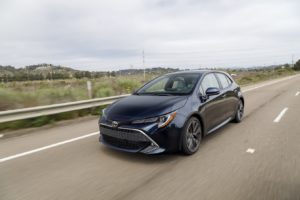 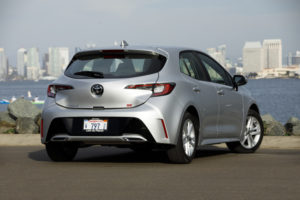 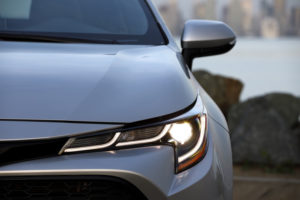 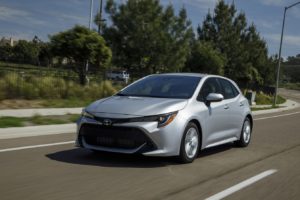 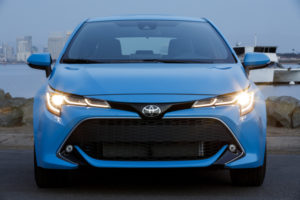 Since the launch of the original Prius in 1997 – the world’s first mass-produced hybrid vehicle – Toyota has continued to develop the drivetrain and the latest generation in the new Corolla hatch is lighter, more compact and more refined than its predecessor.

The Toyota system is a full hybrid that uses a combination of a 1.8-litre Atkinson cycle petrol engine with a pair of motor generators to provide electric-only drive to the wheels; combined petrol and electric drive; and electricity generation to recharge the battery.

The upgrades to the petrol engine have resulted in a 40 per cent thermal efficiency – a world’s best for a mass-produced petrol unit – that ensures it maintains similar outputs as the previous engine despite being smaller and more compact.

The new petrol engine generates a maximum power of 72kW at 5200rpm and peak torque of 142Nm at 3600rpm while the main electric drive motor produces maximum outputs of 53kW/163Nm.

Combined maximum output for the system is 90kW* with a combined fuel consumption of 4.2l/100km and CO2 emissions of 97g/km#.

In addition to the excellent fuel economy, a variety of modifications to the petrol engine have further improved combustion, cooling, friction and knock control that contribute to reduced noise and vibration and greater refinement.