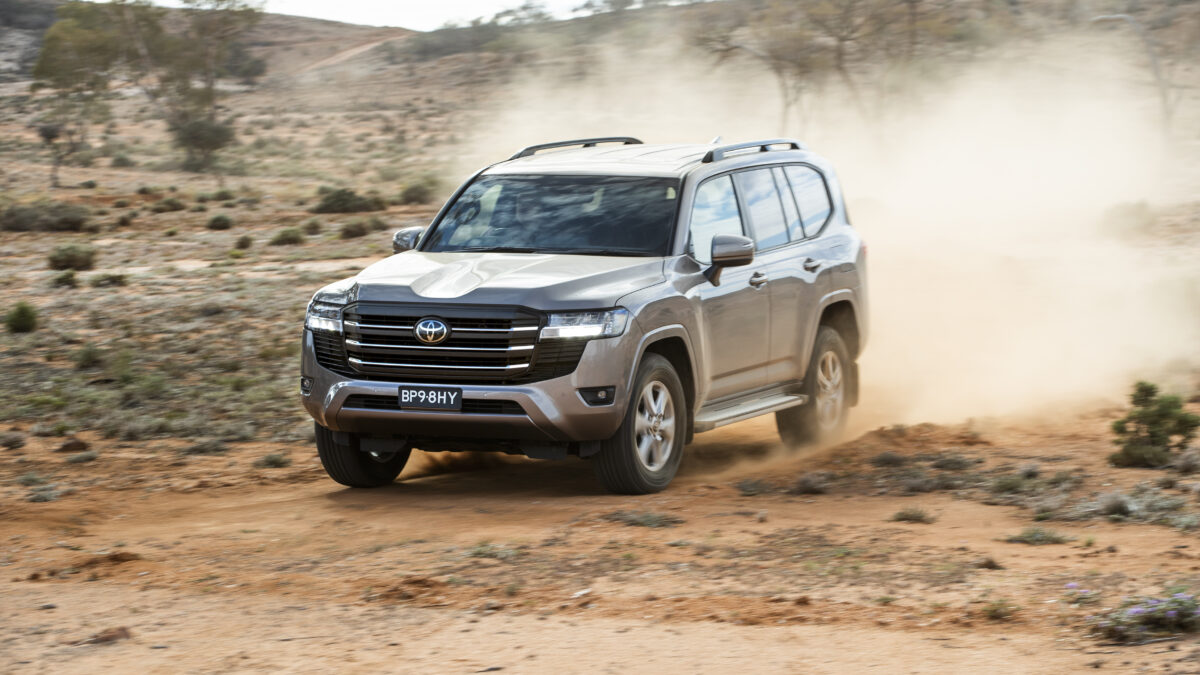 Toyota’s local engineering and evaluation team has long played a role in the development of new LandCruiser models and for the all-new 300 Series, it took that to new heights.

Since 2008, Toyota Australia has been designated a Centre of Excellence for four-wheel drive development within the Toyota world thanks to the recognised skills of the local vehicle development team, and the fact that Australia has 80 per cent of the world’s different on and off-road conditions making it perfect for global development and validation.

Development work for the all-new LandCruiser 300 Series started here in 2014 when Australia became the first destination for the Toyota Five Continents Drive, conducted in collaboration with local and Japanese engineers.

Covering approximately 20,000km in 72 days with a range of vehicles including the LandCruiser 200 Series, the drive program not only sought to determine how the model could be improved by driving it on and off-road across Australia, but by talking directly to customers who used it in everyday, real-world situations.

In 2015, the first of several prototypes was delivered to Australia, resulting in an unprecedented amount of development, testing and validation for the Australian and global market.

In total, six prototype vehicles have participated in testing over the course of the past six years in Australia – the most ever sent outside of Japan for testing and the most of any previous LandCruiser tested here.

Testing was conducted in areas such as the desert regions of central Australia, the Victorian high country, areas in the tropics and at the AARC testing facility in Anglesea.

Input from local testing contributed significantly to the new platform and body structure while powertrain testing and validation, particularly in respect of towing capability, was fed back to Toyota in Japan.

Tuning and calibration of off-road systems that included suspension, traction and drivetrain control was carried out over thousands of kilometres.

With our wide variety of road surfaces, Australian engineers also evaluated and developed tyres for global input ensuring that the new specially developed tyres meet the expectations of customers in real world conditions with optimised balance of on and off-road traction, fuel efficiency and puncture resistance.

Local Toyota Genuine Accessories1 are always developed for every new model and for LandCruiser, it was especially important that was integrated into the program from the start. This has ensured that every new major accessory developed is fully integrated into all the vehicles chassis and dynamic designs, as well as safety systems.

1 Toyota Genuine Accessories are not applicable to all models/grades. See your Toyota dealer to confirm Accessories suitable for your vehicle. Refer to Owners Manual for gross vehicle mass limits. Visit Toyota.com.au/vehiclepayload.