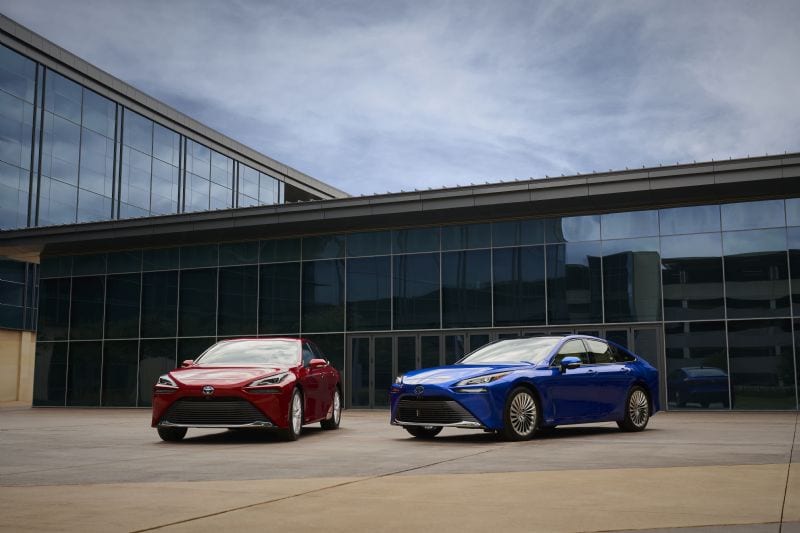 Toyota Australia is advancing its commitment to electrification by confirming it will deliver the next-generation hydrogen-powered Mirai sedan to select business and government fleets from the first quarter of 2021.

The initial allocation involves 20 examples of the innovative fuel-cell electric vehicle (FCEV), furthering Toyota’s commitment to a sustainable automotive future, as the only emission from Mirai is water.

First deliveries of the all-new Mirai are expected to coincide with the commissioning of a solar-powered hydrogen production site and refuelling station supported by ARENA at Toyota’s Centre of Excellence in the Melbourne suburb of Altona.

To be unveiled in Japan next month, the new Mirai is markedly different to its predecessor – signalled by a stylish redesign that features elegant proportions and sleek bodywork.

A new rear-wheel-drive layout and intelligent packaging of three hydrogen tanks (previously two) allows seating capacity to be increased to five (from four).

Toyota Australia Vice President Sales and Marketing Sean Hanley said the introduction of the second generation Mirai is the next step in achieving local acceptance of FCEVs, following trials of the first-generation model by a wide range of clients (including councils and utilities companies) since 2016.

“Toyota is committed to accelerating the popularity and diversity of electrified vehicles that reduce CO2 emissions and air pollution,” Mr Hanley said.

“The best way to demonstrate the long-term viability and environmental benefits of hydrogen-powered fuel-cell electric vehicles is to supply cars to local industries and governments that share our vision of a zero-emission future,” he said.

“All-new Mirai brings together Toyota’s unrivalled experience with electrified vehicles and our integrated approach to an electric future.

“EV technologies we’ve developed over more than 20 years – including batteries, motors and advanced energy-management software – are fundamental to the production of many types of electrified vehicles, including FCEVs,” he said.

Toyota’s ability to accelerate electrification in Australia depends on the development of an adequate infrastructure, including EV charge points and hydrogen refuelling.

The Australian Government has signalled its support for this emerging sector through funding rounds from the Clean Energy Finance Corporation and Australian Renewable Energy Agency (ARENA).

Most recently, the CEFC announced $300 million of investment funding for hydrogen energy projects, which are considered vital for developing the opportunity that hydrogen economy offers while supporting zero-emission transport.

*Australian range & specifications to be confirmed closer to launch.