HiLux through the Generations 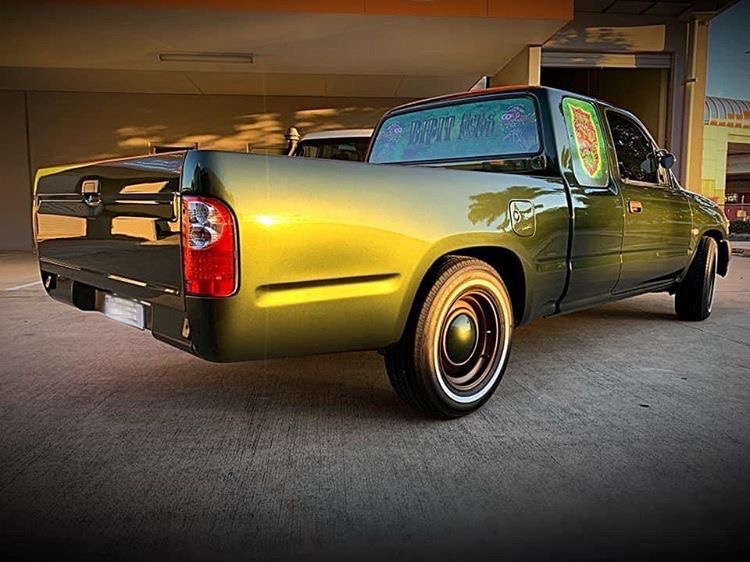 Toyota HiLux has thrived in the world’s toughest conditions for more than 50 years, earning a reputation for being “unbreakable” while evolving into a range that also delivers SUV levels of comfort, safety and technology.

Debuting in 1968 as a 4×2 pick-up with a small-capacity petrol engine, HiLux has progressed through eight generations to become Australia’s best-selling vehicle and the world’s most popular utility.

Advances over the decades include the introduction of diesel and later turbo-diesel power, 4WD variants, automatic transmissions and new comfort and convenience features for recreational use.

As a workhorse, HiLux has filled many roles across the globe – from mines in Australia to cattle ranches in South America.

It has defied attempts by a TV program to “kill” it; it has conquered the Arctic, becoming the first car to reach the magnetic North Pole; and it has been driven to the heart of Iceland’s devastating Eyjafjallajökull volcano.

HiLux has been produced in as many as 12 countries, including Argentina, Colombia, Japan, Kenya, Malaysia, Pakistan, South Africa and Thailand, the source of vehicles for Australia.

The HiLux name was derived from a combination of “high” and “luxury” to indicate Toyota’s aspirations. HiLux was initially engineered and built by truck specialist Hino to fill a niche between two existing pick-ups – the Toyota/Hino Briska and the Toyopet Light Stout. It began its illustrious career as a short-wheelbase 4×2 pick-up with a 1.5-litre petrol engine delivering 55kW and four-speed manual transmission.

HiLux continued to carve out a firm foothold in the global pick-up market with the arrival of 4×4 variants and its first diesel engine.

A new double cab body with front and rear bench seats and other comforts including power steering, air-conditioning and cruise control enabled HiLux to be used for leisure use as well as being a tough workhorse.

The range was expanded with the extra cab body style and improvements such as independent front suspension, automatic disconnecting front differential and electronic fuel injection on the petrol engine. HiLux became the first truck to achieve a cumulative production total of four million units.

The performance, utility and durability of HiLux were enhanced by the introduction of a V6 petrol and new 2.8-litre diesel engine, delivering powerful performance ideal for commercial and recreational use.

HiLux was redesigned with increased head and leg room while significant attention was also paid to exterior styling, ride comfort and safety. The Workmate range was introduced, along with new petrol engines and the first turbo-diesel engine.

This generation introduced the 175kW 4.0-litre quad cam V6 petrol engine, 2.7-litre twin-cam four-cylinder petrol, common-rail turbo-diesel engine as well as continual improvements to safety and comfort. In 10 years, this generation has achieved cumulative sales of over 400,000 units in Australia.