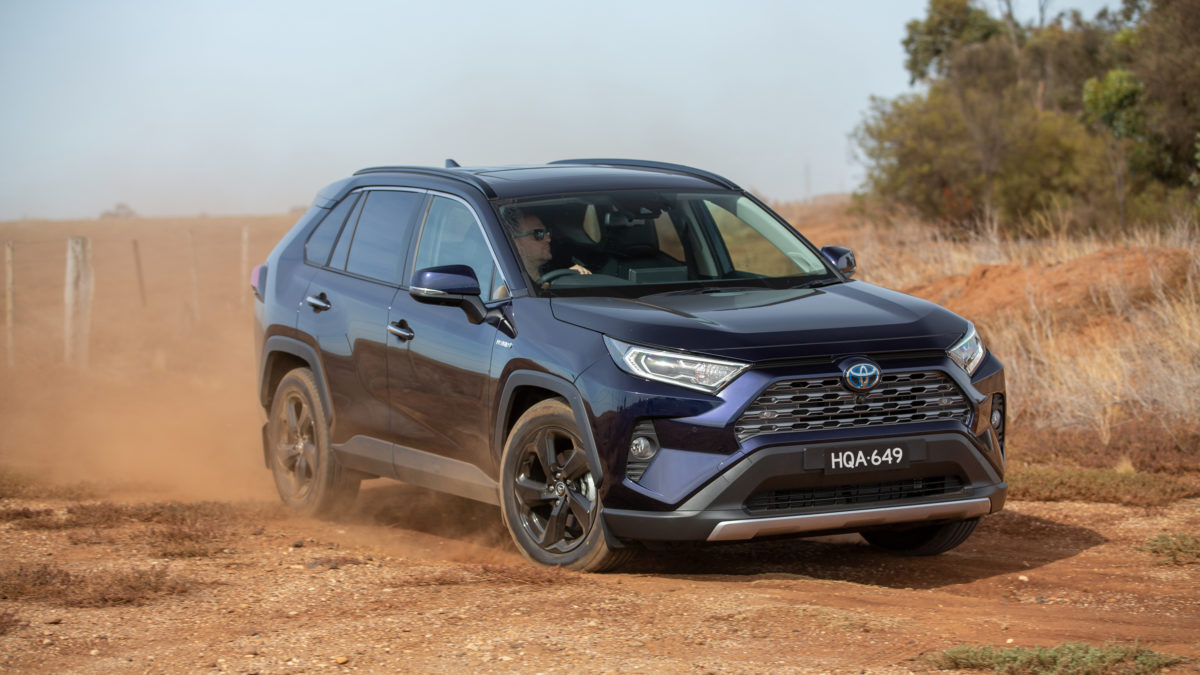 Toyota’s technological leap forward – that began with Prius in 1997 – has now evolved into a global phenomenon with Toyota’s hybrid vehicle sales totalling 15 million units across all Toyota brands.

In Australia, Toyota-branded hybrid sales have skyrocketed to a cumulative total of more than 134,200 vehicles – moving from the 100,000 mark in just 11 months.

Local hybrid sales have tripled over the past two calendar years from fewer than 8,500 cars in 2017 to more than 27,800 last year.

In the first three months of this year, Toyota Australia’s hybrid deliveries reached 11,756 cars or 23.5% of the brand’s local sales, both of which are records.

Toyota Australia also recently announced it expects to receive additional supplies of its popular RAV4 Hybrid SUV during the second half of 2020.

Since Prius made its debut in 1997 (2001 in Australia), it has been followed by an increasingly wide range of hybrid models that has continuously improved performance, fuel economy and emissions.

Sales of Toyota’s hybrid vehicles have soared as the company has combined its hybrid technology with the dynamic, safety and styling benefits inherent in its new series of TNGA (Toyota New Global Architecture) platforms.

RAV4 is Toyota’s top-selling Australian hybrid so far this year, displacing Corolla which led hybrid sales in 2019. Camry remains the best-selling hybrid in this country with a cumulative total of 63,700 sales.

The growth in hybrid sales is set to be strengthened this year with the introduction of the all-new Yaris hatch and – as announced last week – the Yaris Cross SUV. Both will be available with Toyota’s latest, fourth-generation hybrid electric system.

Australian customers can also choose from hybrid versions of the C-HR SUV as well as the Prius, Prius c and Prius v.

Toyota Australia’s Vice President Sales and Marketing Sean Hanley said hybrids will be an essential part of the overall future mix of electrified vehicles because they are affordable, accessible and convenient for customers.

“Toyota has more than two decades of electrification experience and its core hybrid technologies – electric motors, batteries and power-control units – are transferable to all forms of electrified powertrains,” Mr Hanley said.

“This expertise will ensure Toyota continues to lead the development of various types of electrified vehicles, reducing emissions based on market regulations, infrastructure and customer demand,” he said.

Uchiyamada-san led a team tasked with developing a car for the 21st century, one which would produce substantially fewer greenhouse emissions and other harmful pollutants.

Toyota’s vision has allowed it to become a leader in meeting increasingly stringent emissions regulations around the world:

Its breakthrough vehicle, Prius, was launched around the same time as the global environmental movement gained new impetus with the signing of the Kyoto Protocol.

Now with 15 million sales, and counting, Toyota’s hybrid technology has made a significant contribution to reducing global carbon emissions.

The company calculates it has saved more than 120 million tonnes of CO2, compared with equivalent petrol vehicles*.

Toyota is continuing to refine its hybrid technology to achieve even lower emissions and ever-better fuel efficiency.