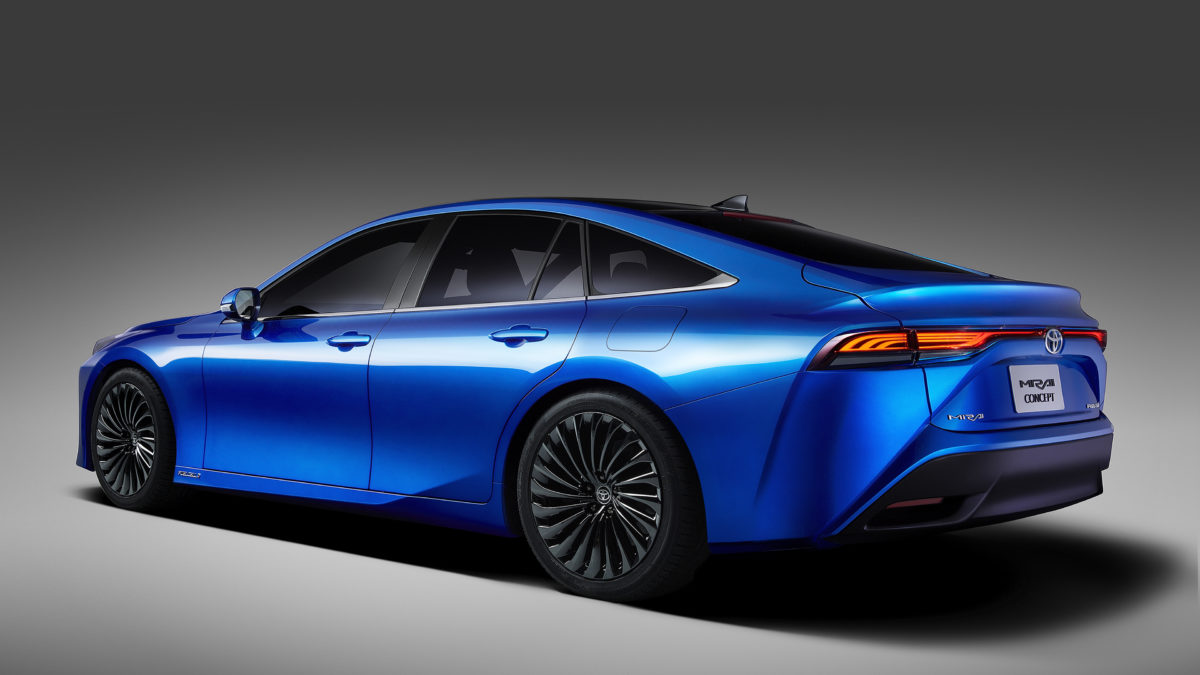 The concept car will provide an early glimpse of the advances Toyota is making across the board with the new Mirai in terms of technical excellence, dynamic performance and desirable design.

Scheduled for launch in 2020 – initially in Japan, North America and Europe in areas supported by a refuelling infrastructure – the new Mirai will be much more than an eco-car.

It has been designed to demonstrate how Toyota’s FCEV technology can help create a vehicle that is rewarding to drive and beautiful.

Efficiency is still a critical area, and Toyota is targeting a 30-per-cent increase in the Mirai’s driving range through improvements to the fuel-cell system and the use of larger on-board hydrogen tanks.

The new Mirai’s immediate impact is in its exterior design with low lines, elegant proportions, sleek, taut bodywork and 20-inch wheels that together generate a powerful and distinctive look.

The preview car will be presented in a specially developed new blue paint finish that uses multiple layers to achieve an exceptional brightness and depth of colour.

The interior has been conceived as a simple, modern space with a warm, comfortable ambience that adds to the sense of enjoyment for drivers and passengers. Key elements include a 12.3-inch centre display and an instrument panel that wraps around the driver. The platform and intelligent packaging allow for five seats to be provided in place of the current Mirai’s four.

The freedom to craft a more emotional and head-turning design has been one of the benefits of new Mirai being constructed on Toyota’s latest rear-wheel-drive modular platform, which was engineered to accommodate different powertrains – including a hydrogen fuel cell – from the outset.

It gives the new Mirai an even higher degree of body rigidity, which contributes to greater agility and responsiveness, and a lower centre of gravity, which makes for nimble, rewarding handling.

As well as extending the potential driving range, improvements in the performance of the fuel-cell system give the new Mirai linear, smooth response when pulling away and an elegant driving feel, with unity between the driver’s throttle inputs and the car’s acceleration. Handling is light and easy on winding roads, while highway driving produces an exceptional sense of power at all speeds.

Mirai chief engineer Yoshikazu Tanaka said: “We have pursued the goal of making a car that customers will feel they want to drive all time, a car that has an emotional and attractive design and the kind of dynamic and responsive performance that can bring a smile to the driver’s face.

“I want customers to say, ‘I chose the Mirai not just because it’s an FCEV, but because I simply wanted this car; it just happens to be an FCEV.’ We will continue our development work focusing on that feeling, and we hope that with the new Mirai we will be a leader in helping realise a hydrogen energy society.”

Toyota led the world with the introduction of the hydrogen-powered Mirai sedan in 2014. The current Mirai has been a catalyst for increasing global awareness of how a future clean and sustainable hydrogen society might be achieved.

It is technically sophisticated, yet eminently practical, with a driving range of around 500km, easy refuelling in a matter of minutes and no emissions other than pure water. 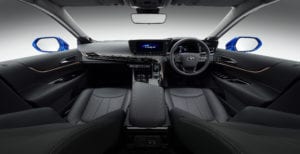 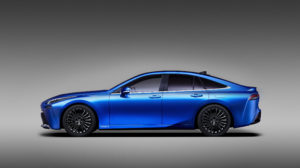 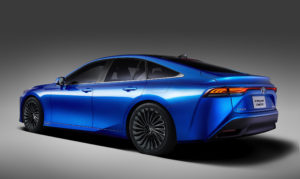 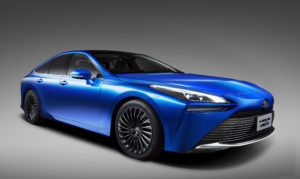 Since launch, around 10,000 units have been sold, while Toyota has actively supported the development of hydrogen fuel infrastructure in key markets worldwide.

In Australia, Toyota is conducting on-road trials of a small fleet of Mirai sedans with local councils and other organisations. The trials cover a range of driving conditions as part of research into the efficiency, usage and benefits of hydrogen technology.

Toyota Australia will continue to work with governments, industry and other key stakeholders to fast-track the development of the refuelling infrastructure required to support the widespread sale of fuel-cell vehicles.

^ Weights/mass/volumes/dimensions are approximate and subject to individual vehicle variances, and should be confirmed before fitting any accessories, towing or otherwise relying on this value.