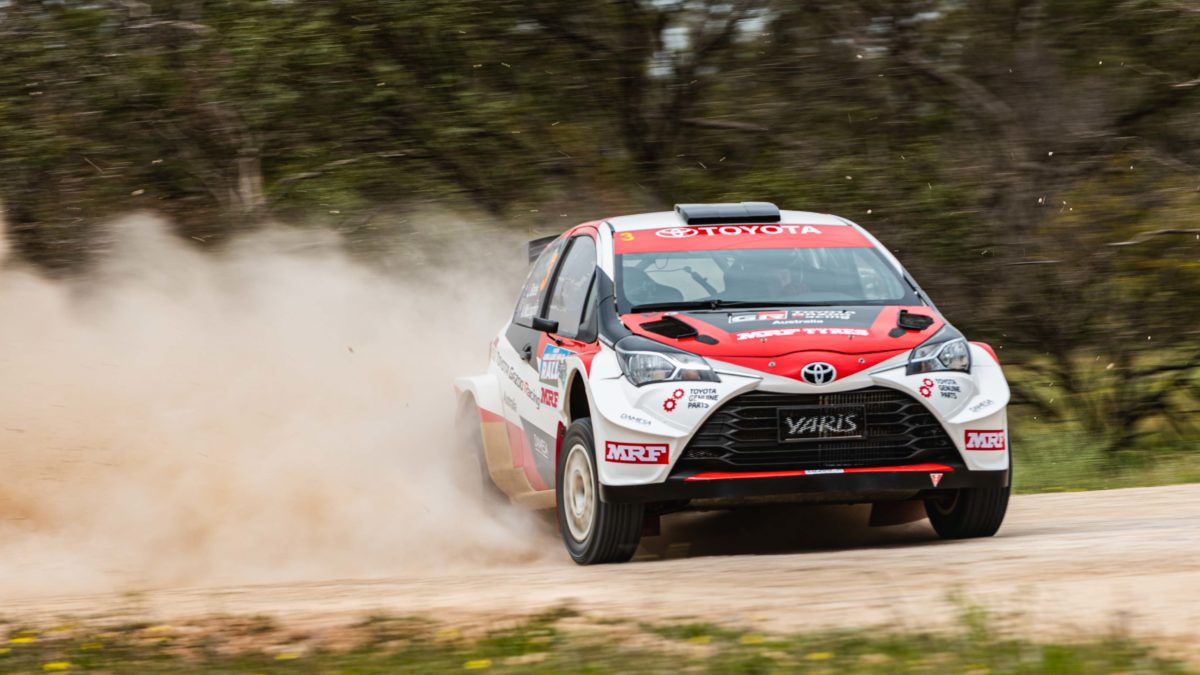 The TOYOTA GAZOO Racing Australia (TGRA) rally team’s Harry Bates and co-driver John McCarthy have won the driver’s and co-driver’s titles in the 2019 Australian Rally Championship (ARC) after a sensational run in the penultimate rally of the season in the Adelaide Hills over the weekend.

This is the TGRA driver’s fifth straight win this year, giving him his first ARC driver’s title.

Speaking after the win in South Australia, Harry Bates said he was rapt with the result.

“Absolutely, I’m completely lost for words at the moment, I can’t quite believe it,” Bates said.

“It was an incredible day and our team were here to see it and it was all very special,” he said.

It was a tight battle between Bates/McLaughlin and Subaru’s Molly Taylor and co-driver Malcolm Read, with the two cars swapping second and third stage placings throughout the day in the Adelaide Hills.

But at the end of stage 10, Bates/McLaughlin’s four stage second and third placings and a stage win, ensured they finished the day behind leaders Harry and John, with a 29.9 second gap to Taylor/Read.

Taylor fought back through Sunday’s nine-stage heat 2 to challenge Harry Bates/John McCarthy for the overall lead but Harry’s calm, precision driving and the reliability of the Yaris AP4 delivered six stage wins and three second placings to give the team the overall rally win by just 0.2 seconds ahead of Taylor/Read.

The second Yaris of Lewis Bates/McLoughlin was a little off the pace in the early stages on Sunday but came back hard in the afternoon and a consistent performance from Lewis ensured they finished the rally in third place giving the TGRA team yet another double podium – its fourth for the season.

Lewis Bates said it was a fantastic team effort over the whole weekend and he was proud of his brother winning his first ARC Championship title.

“We’re all really excited, the team has done a great job and the cars have performed faultlessly all year so it’s a well-deserved result for the team and for Harry and John to take out the championship,” he said. 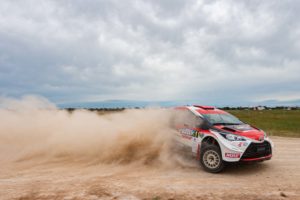 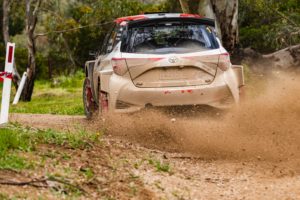 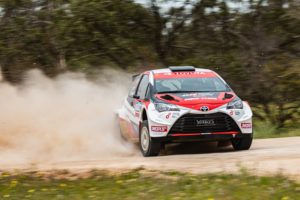 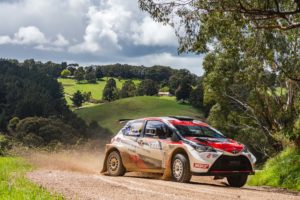 After the win in Adelaide, Harry Bates has a total of 365 points gained over the first five rounds, 123 points clear of Lewis Bates who remains in second place on the driver’s championship leaderboard with 242 points.

With Lewis and Taylor both scoring second and third places across two heats in Adelaide, Lewis has a lead of just two points ahead of Taylor in the championship battle as the ARC heads into the final round of the season at Rally Australia on November 15-17 in NSW.

The double podium finish in South Australia for the TGRA rally team has also further extended Toyota’s lead in the manufacturer’s championship race in the 2019 ARC season.

Toyota motorsport
Toyota has a proud international motorsport history spanning more than 60 years. It became the first Japanese car manufacturer to enter international motorsport when it contested the 1957 Mobilgas Round Australia Rally, which is why many people consider Australia to be the birthplace of Toyota motorsport. Today, Toyota GAZOO Racing contests the FIA-sanctioned World Rally Championship, World Endurance Championship which features the famed 24 Hours of Le Mans, and the gruelling Dakar rally. Closer to home, Toyota GAZOO Racing Australia supports the Toyota 86 Racing Series that seeks to develop the talent of tomorrow as Australia’s premier grassroots circuit-racing category. In rallying, Toyota also supports the Toyota GAZOO Racing Australia rally team in the Australian Rally Championship.