Torque Toyota have been proud supporters of Smiling for Smiddy and the Mater Foundation for over 5 years.

We are pleased to say that by the end of 2019, have supported Team Torque in raising $50 000 towards cancer research.  Our involvement started when our Fleet Manager, Jeff McKeon, lost a dear friend after a long battle with cancer. Determined to not sit on the side line anymore, a bedside promise that Jeff made to his life long friend, was

“I may not be able to find a cure or cure cancer, but I sure as hell can do everything within my ability to raise money to fund research to find a cure”

This has brought about a life mission to live, love and leave a legacy.

Over the last 5 years, Torque Toyota have supported a series of events, and supported the fundraising efforts of Team Torque. The personal challenge and the grueling training regime to prepare for these events does not go unnoticed by our teams.  We are all proud of Jeff, Roberta and Professor Scott participating in the 2019 Bottlemart Smiddy Challenge cycling for nine days from Townsville to Brisbane.  To support their mission, please donate to Team Torque here. Every $$ counts.

Inspired by Jeff, and with a story of her own, Roberta is taking on her first Smiddy ride. From loosing a dear friend, to wanting to challenge herself beyond her comfort zone – nine days in the saddle will surely only make her stronger.

For Professor Scott Baum, this event has provided him with a call to action that also has personal significance.

“With one in two Australians diagnosed with cancer in their lifetime we are doing this to give hope to current sufferers and to those who might be diagnosed in the future.”

“His wife Briony, was diagnosed with breast cancer and underwent nearly two years of treatment, including chemotherapy, radiation therapy, a double mastectomy and reconstructive surgery,” he said. “Her successful treatment was in large part due to the fantastic work that Queensland scientists are undertaking to beat this disease.”

“The groundbreaking research being conducted has helped my wife and her friends and we want to ensure that this research continues. Committing to the ride and raising money is his way of giving something back.”

We know the team will smash this event and ride home with smiles on their faces.

Will it be easy?
Definitely not.
Will it be worth it?
Absolutely.

Pictured below is a great snapshot of the events that we have been a part of over the years. This showcases Jeff’s journey from the Noosa Tri, through Toowoomba and on to New Zealand, and multiple rides from Townsville to Brisbane. 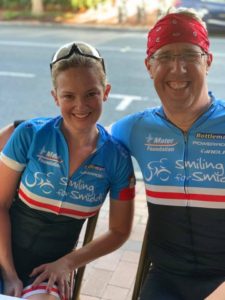 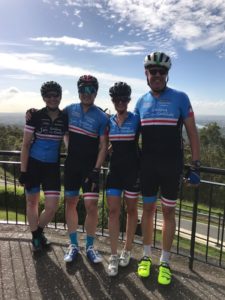 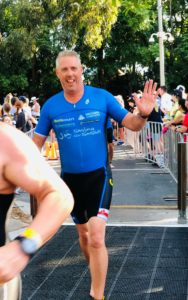 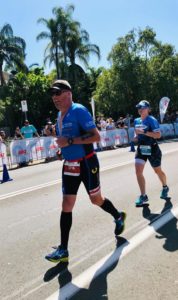 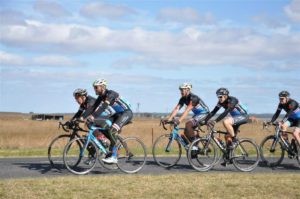 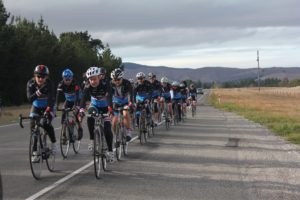 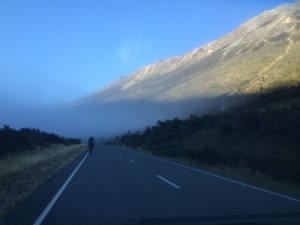 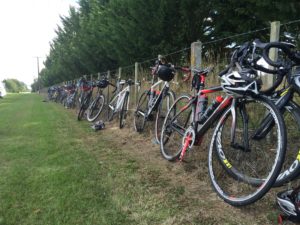 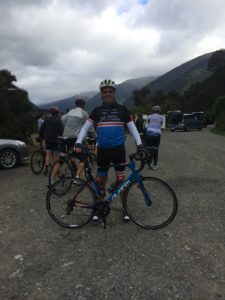 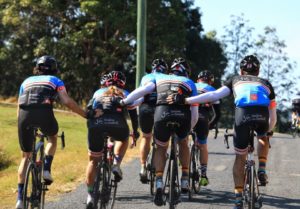 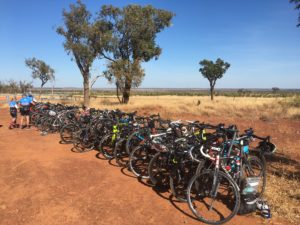 Adam Smiddy never had an enemy in the world.

His disarming smile, one that rarely left his face even amid the gravest of circumstances, gave his family and friends a window into the soul of a gentle, kind-hearted and unassuming boy from Home Hill.

In 2006, Adam passed away from an aggressive melanoma. He was just 26 years old, a talented triathlete and respected physiotherapist with the world at his feet.

Six months earlier, Adam had discovered a small lump in his groin, and a biopsy revealed it was a malignant melanoma. He had immediate surgery to remove the lump and his lymph glands.

Gradually over a six month period, Adam’s health and fitness started to return. Sadly however, it was not to be.

During a bike ride with his close friend and triathlon coach, Mark ‘Sharky’ Smoothy, Adam confessed he was not feeling well. Just over three weeks later, Adam passed away. He was in hospital for only eight days. Without his knowledge, Adam’s cancer had spread to his vital organs.

To honour Adam, six weeks after his passing Sharky and two other mates Ron Steel and Oliver Bodak, fulfilled one of Adam’s unrealised dreams. They rode 1600 km from Brisbane to Adam’s hometown Home Hill, with nothing but a credit card in their back pockets, and they raised $24 000 for cancer research in the process.

The next year, 22 more friends joined the ride.