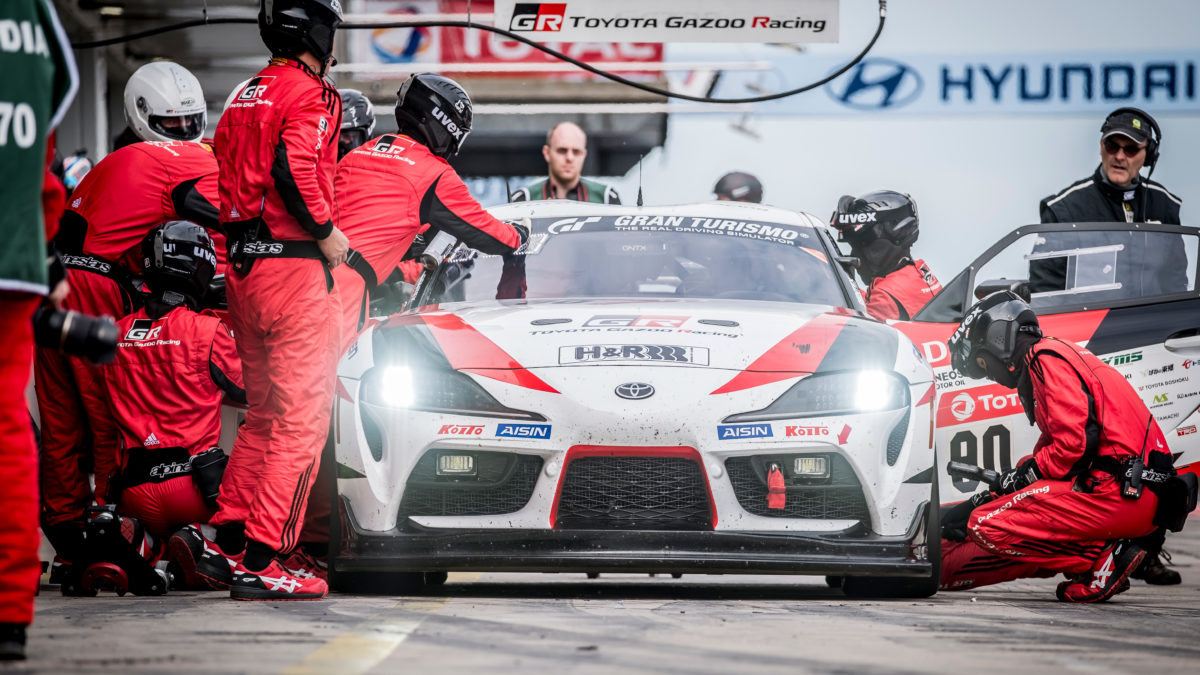 Toyota will take on the notorious “green hell” this weekend when the Toyota GAZOO Racing GR Supra lines up on the grid for the Nürburgring 24-hour race in Germany.

With over 150 cars battling it out on the 25km track over 24 hours, the annual endurance race is a supreme test for drivers, teams and vehicles alike.

In preparation for the race, Toyota has already entered the GR Supra in two rounds of the VLN Endurance Championship at the Nürburgring this year.

In April, it came away with a third-place class finish in the four-hour third-round race while the second round earlier that month was cancelled shortly after the start due to heavy snow.

“At those times, I felt that it is not a simple task to complete a race at Nürburgring even if is just four or six hours, to say nothing of what might happen during a 24-hour race,” Tanaka said.

“Still, we will work as a united team to finish the race and I hope everyone will cheer us on with enthusiasm,” he said.

Four drivers will share duties behind the wheel of the GR Supra including Masahiro Sasaki, Uwe Kleen, and Supra development drivers Herwig Daenens and the global company president Akio Toyoda (aka Morizo).

While undergoing driving training at the Nürburgring, Toyoda was inspired by his driving mentor Hiromu Naruse to bring the Supra back to life and bring a new Supra back to the Nurburgring. The entry into this year’s race brings to fulfilment that wish. The GR Supra will compete in the SP8T class for turbocharged cars up to 4.0-litre engine capacity with minor modifications allowed to the production car.

The Nürburgring is famed for being the world’s most demanding test track and has already played a central role in the development for the new A90 GR Supra production car that arrives in Australia in September.

Toyota is no stranger to the 24-hour race having first competed there under the Toyota GAZOO Racing banner in 2007 with a pair of Toyota Altezza RS200s.

Now with the GR Supra taking on the Nürburgring 24-hour race, Toyota GAZOO Racing is hoping to add another iconic motorsport title to its trophy cabinet to sit alongside its two Le Mans wins, Dakar Rally victory and last year’s World Rally Championship.

Qualifying for the Nürburgring 24-hour race kicked off on June 20 with the race starting at 11.30pm (AEST) on June 22.