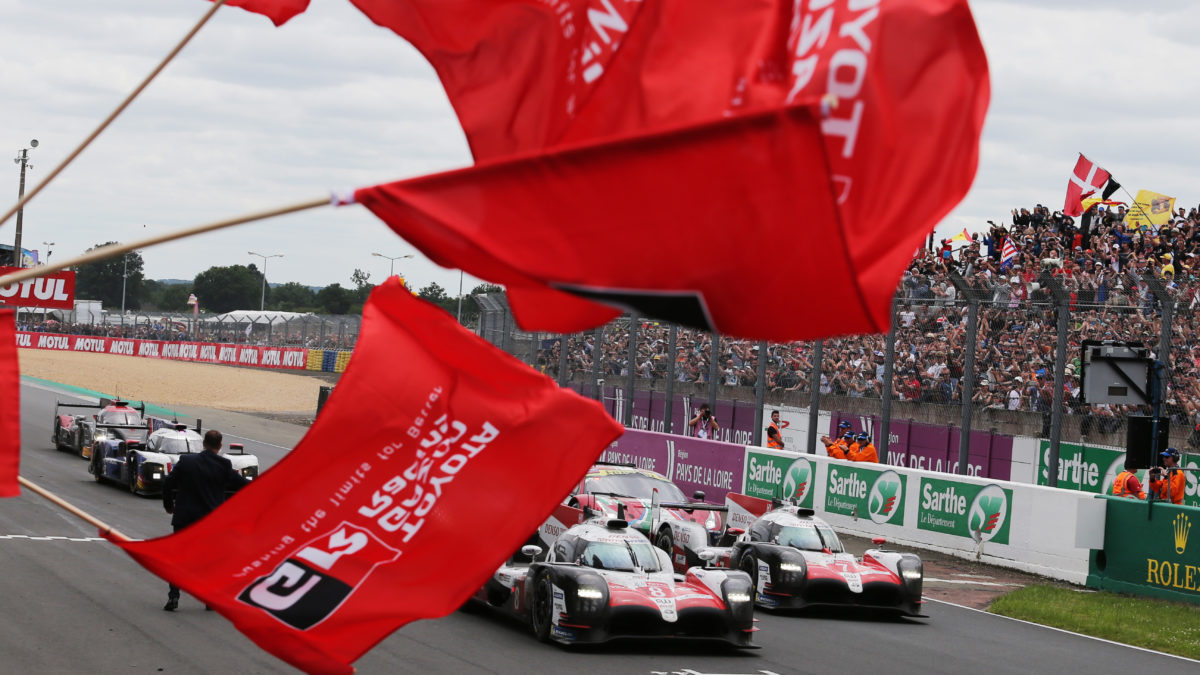 TOYOTA GAZOO Racing will bring the curtain down on its record-breaking 2018-2019 FIA World Endurance Championship (WEC) season when it sets out to defend its Le Mans 24 Hours crown next week in the most challenging event of the year.

Following its historic first victory last year, in the second race of the 2018-2019 WEC season, the team has dominated, winning six of the seven races so far, and goes into the 87th Le Mans 24 Hours already assured of both the teams’ and drivers’ World Championship.

As well as a battle to claim victory at La Sarthe, the season finale will see the drivers’ title decided. The #8 TS050 HYBRID of last year’s Le Mans winners Sébastien Buemi, Kazuki Nakajima and Fernando Alonso holding a 31-point advantage over Mike Conway, Kamui Kobayashi and José María López in the #7, with a maximum of 39 points still to win next week.

For TOYOTA, the 2019 Le Mans 24 Hours represents the manufacturer’s 21st entry into the biggest race of the endurance racing calendar and its first as reigning champions, following last year’s victory for the #8 crew of Sébastien, Kazuki and Fernando, who also started on pole position.

Le Mans represents an unrivalled challenge for car, drivers and team, with all elements needing to work in unison to overcome the difficulties of a unique circuit, varying weather conditions, fatigue and the unpredictable nature of a 24-hour race with 62 cars sharing the 13.626km circuit.

TOYOTA has participated at Le Mans since 2012 with a hybrid-powered LMP1 prototype and the latest car, the TS050 HYBRID, delivers four-wheel drive courtesy of motor generator units on the front and rear axles. By recovering energy under braking and storing this in a high-powered battery, the TS050 HYBRID has a maximum power of 1,000hp.

As the 2019 Le Mans 24 Hours is part of the same season as the 2018 edition, no major changes are permitted to the low-downforce specification TS050 HYBRID, but fine-tuning of set-ups and strategies has been an ongoing process since the team’s victory a year ago.

Preparations for race week stepped up a gear with the official test day on Sunday 2 June, during which the two TS050 HYBRIDs set the pace. Sébastien in the #8 recorded the overall quickest lap, marginally slower than last year’s best test lap as a result of a 10kg minimum weight increase.

The Le Mans week encapsulates the spirit and challenge of endurance racing, including a total of close to 35 hours of driving, starting on Wednesday 12 June with a four-hour practice session at 16:00 before two hours of qualifying from 22:00.

Qualifying continues on Thursday with two further 120-minute sessions (19:00 & 22:00) and the starting grid is decided by the fastest overall lap from any qualifying sessions. The drivers’ parade in Le Mans city on Friday gives fans a chance to meet the drivers before the race weekend, which begins with a 45-minute warm-up at 09:00. The race itself starts at 15:00 on Saturday, with the chequered flag flying at the same time on Sunday.

Hisatake Murata, Team President: “This is an important week for us because it is not only the final race of a long, successful season; it is also the highlight of our year. Le Mans is the focus of so much of our efforts during the season and we have worked very hard to prepare our cars for this race. We take nothing for granted at Le Mans, which is by far the most demanding event on our calendar. The circuit is unique, the long race is demanding, the weather can be challenging and of course we do not take our opposition lightly; Le Mans is a true challenge for everyone. We have trained and prepared with a strong team spirit so I believe we are ready to defend our title and be part of an exciting, emotional race for the fans.”

Mike Conway (TS050 HYBRID #7): “Le Mans is a special race because it is our number one objective and it is what the TS050 HYBRID is designed for. At Le Mans we really get to feel the true speed of our car. Whenever I get in the car, I am counting down the days to the next Le Mans; it is constantly on your mind. It is a big, exciting race and it only happens once a year. I love the spirit of Le Mans and I cannot wait to get started this year. It’s the final race of the season too so we want to end on a high.”

Kamui Kobayashi (TS050 HYBRID #7): “When you arrive at Le Mans, everyone feels that it is something special. I have spent many years in motorsport but the atmosphere and experience of driving on this circuit is always amazing. Le Mans is only once in a year so you don’t have a lot of chances to win in your career. We have had the right car for the past three years but so far I am still dreaming of the Le Mans victory. On car #7, we will give everything to make sure this can be our year.”

José María López (TS050 HYBRID #7): “We work and dream the whole year for Le Mans; it is the most important race for us. Everyone wants to win Le Mans because it is so challenging and has so much history behind it. For everyone involved in the team, it is a very special experience. We drive at many nice circuits around the world each season but nothing compares to Le Mans; only there can you see the full potential of the TS050 HYBRID. It’s a fantastic experience to drive this car at Le Mans.”

Sébastien Buemi (TS050 HYBRID #8): “Last year’s Le Mans win meant a lot because I have been trying for so long together with TOYOTA. To finally win the race was an amazing feeling and achievement. Now we also concentrate a bit on the drivers’ World Championship and it would be great to win the title again. We will focus together with my team-mates and make sure that we do everything right without any mistakes. I feel that we have a good momentum and we have been doing a good job so far, so let’s keep pushing.”

Kazuki Nakajima (TS050 HYBRID #8): “To race for 24 hours is tough because there are a lot of challenges just to finish the race and to win is more than difficult. That makes this race so special and that is why we continue to challenge at Le Mans. Last year’s victory was of course one of the most important results in my career and even more important for TOYOTA, which had been trying to win for 30 years. We will need all our effort and power to win again but, like everyone else on the team, I am really motivated to do that.”

Fernando Alonso (TS050 HYBRID #8): “Le Mans is the toughest race on the calendar. The victory last year meant a lot to me; it was a dream come true to achieve that on my first attempt. It was a special day, a magical moment. The podium celebration when you see the whole straight, the whole pit lane full of people after so much hard work makes you feel very proud of your team. Fortunately this year we do not have the pressure of winning for the first time and I hope we can enjoy the race a bit more, but we will work hard and it will definitely be very challenging.” 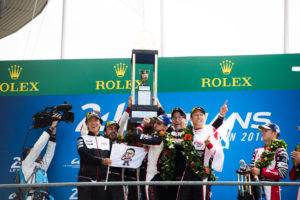 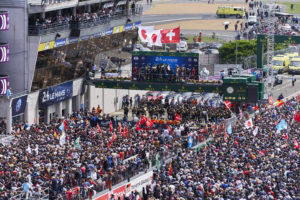 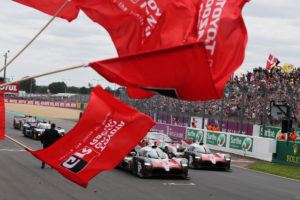 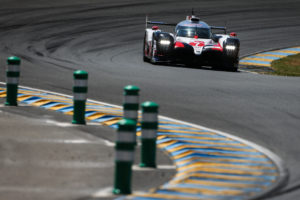 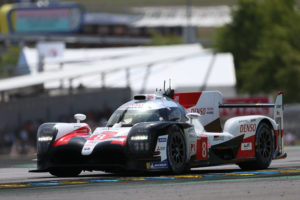 Toyota has a proud international motorsport history spanning more than 60 years. It became the first Japanese car manufacturer to enter international motorsport when it contested the 1957 Mobilgas Round Australia Rally, which is why many people consider Australia to be the birthplace of Toyota motorsport. Today, Toyota GAZOO Racing contests the FIA-sanctioned World Rally Championship, World Endurance Championship which features the famed 24 Hours of Le Mans, and the gruelling Dakar rally. Closer to home, Toyota GAZOO Racing Australia supports the Toyota 86 Racing Series that seeks to develop the talent of tomorrow as Australia’s premier grassroots circuit-racing category. In rallying, Toyota also supports the Toyota GAZOO Racing Australia rally team in the Australian Rally Championship.