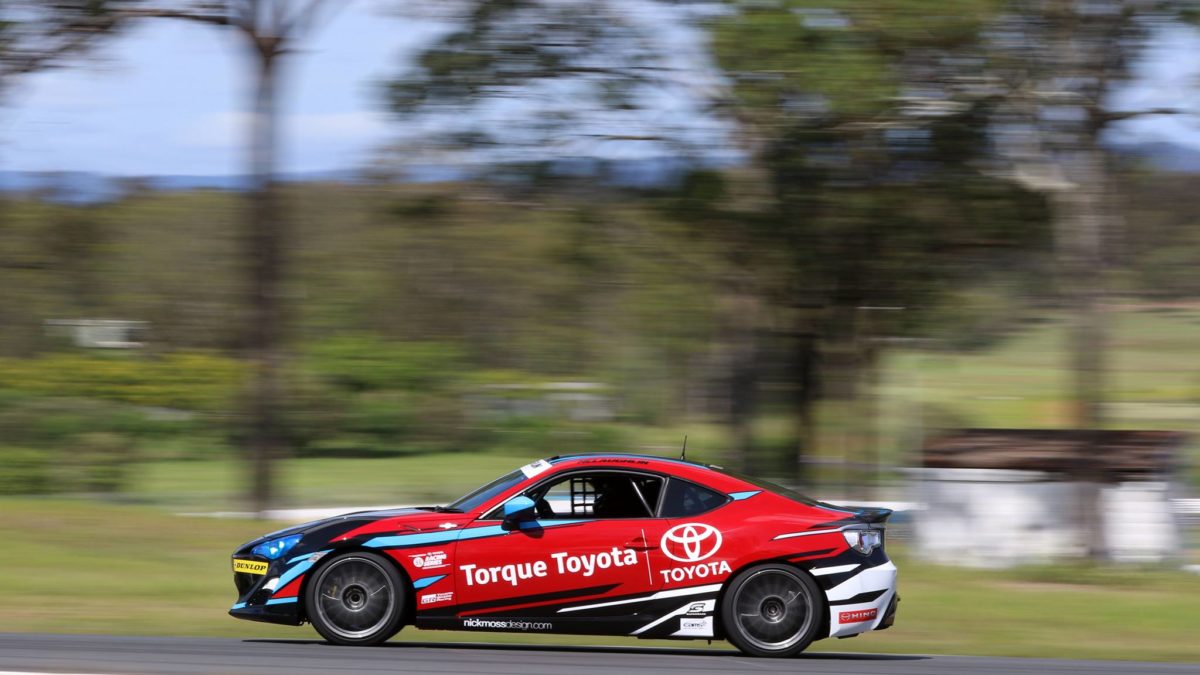 The 2019 Toyota 86 Racing Series kicked off at Phillip Island at the weekend with plenty of action, thrilling racing and hard-fought battles as a record field of 40 cars lined up on the grid at the iconic Victorian circuit.

Now in its fourth season as a support category run at select rounds of the Supercars Championship, the Toyota 86 Racing Series has become renowned for tight thrilling racing that appeals to fans and passionate competitors alike.

And in the opening round of the 2019 season, it delivered just that as the field of young aspiring pro-racers, amateur drivers and the two invited pro-drivers in the form of husband and wife Garth and Leanne Tander driving for the Toyota GAZOO Racing Australia team fought hard for the chequered flag across three races.

Last year’s championship winner Tim Brook was back on pole for Saturday’s Race 1, lined up against Supercars and Bathurst champion Garth Tander on the front row, and as the lights went green, Brook took the lead through turn one.

Constant pressure from Tander saw the pair continue to fight for the lead but by lap six of the eight lap race, Brook had a comfortable 1.1 second gap to the pro-driver with Kiwi teenager Jaden Ransley close behind in third.

A hard charging Lachlan Gibbons came through with some sensational driving and across the finish line, it was Brook and Gibbons in a dead heat with Tander in third.

However, a post-race 30 second penalty against Gibbons for sending Jake Klein sliding well off the track on lap two, saw Race 1 finish with Brook on top, Tander in second and Ransley in third.

Klein who finished fourth at the end of the season last year, ended up crossing the line in 32nd place while 2018 season runner-up Luke King also had a big off that prematurely ended his first race for the new season.

With talented drivers King and Klein and other top qualifiers like John Iafolla well back on the grid for the start of Sunday morning’s Race 2, fans had plenty of action in store.

By lap four, King had climbed 18 positions and Klein 15 while superb driving by the likes of newcomer Aaron Borg, 16-year-old Jaylyn Robotham, Luke van Herwaarde, Gibbons and Iafolla saw them all charge through the field to climb more than 10 spots.

Meanwhile at the front of the pack with a clear lead to fourth-placed Declan Fraser, there was an intense battle between Brook, Tander and Ransley. The lead swapped several times before Ransley took his debut win – and set the fastest lap time of 1:52.2564 – ahead of Brook and Tander.

Speaking after the race, 17-year-old Ransley who is driving for the Liam McAdam Motorsport team said he was really pleased with the result given the competition.

“It was crazy really, to be racing with Garth and Tim, two guys who have so much respect in Australian motorsport, it’s a huge privilege and to beat them was even better,” Ransley said.

“It was hard racing but clean so I am really happy with the result for the team who put in such an awesome effort,” he said.

In the final race, Brook again led from the start with Ransley close behind but an in-form Declan Fraser, who had qualified on Saturday in 14th place and slowly worked his way through the field, saw an opportunity on lap two and slipped into the lead.

His precision driving saw him lead the tight pack at the front ahead of Brook, Tander, Ransley and Borg through the first five laps.

Close behind was another big pack battling for places inside the top ten including Robotham, van Herwaarde, Peter Vodanovich, Jarrod Whitty and Liam McAdam.

It was intense action and contact between Ransley and Whitty on lap seven saw the pack split apart, and bring an end to Ransley’s race.

Fraser continued to lead through to the finish and take the chequered flag nearly 1.2 seconds ahead of Brook, with Tander again on the podium in third place.

Fraser said he was stoked to take a win in the first round and gain valuable championship points.

“Its absolutely awesome. We worked our way forward in each race and finally pulled off the win at the end so that’s fantastic,” he said.

Having come out of Supercars, Garth Tander said it was a completely different experience to race in the 86 but one that was immensely enjoyable.

“It’s great fun, I’ve really enjoyed it and everyone’s really friendly. It’s obviously very competitive but Toyota has got the right balance of making it enjoyable and with the right level of intensity,” Tander said.

The next round of the Toyota 86 Racing Series heads for the tight street circuit of Townsville from July 5-7.

THE TOYOTA 86 RACING SERIES
The Toyota 86 Racing Series is designed to provide an entry point and training ground for up-and-coming drivers, offering a prize pool of $150,000.

Top-three place rewards for the year are $50,000, $30,000 and $15,000. The coveted Kaizen Award for continuous improvement now includes prizes valued up to $35,000 including a fully funded trip to compete in an overseas round of the 86 racing series.

Open to variants of Toyota’s cult-classic sports car, the series is part of the support program at selected rounds of the Virgin Australia Supercars Championship.