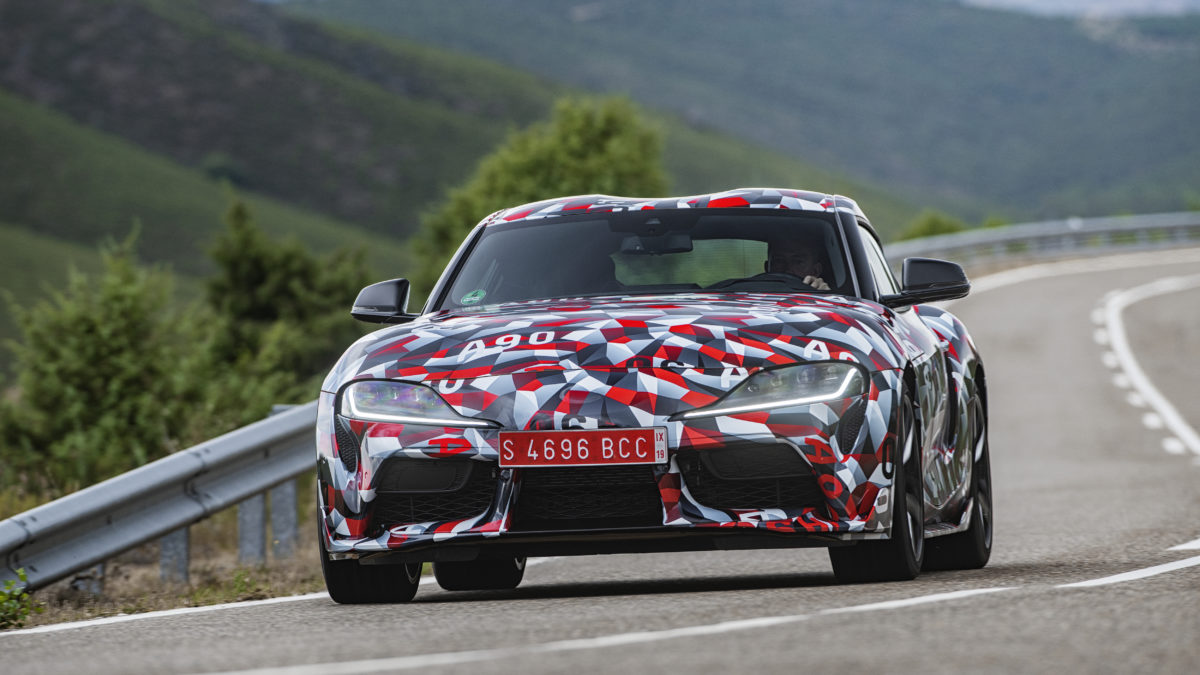 Toyota Australia today confirmed the long-awaited next generation of Toyota’s beloved sports car, the Supra, will be sold in Australia from the third quarter of next year.

The fifth-generation Supra, also known as the A90, will embrace the car’s impressive sports-car heritage and deliver pure driving pleasure with its front-engine/rear-wheel-drive architecture and turbocharged in-line six-cylinder 3.0-litre engine.

Boosted by a twin-scroll turbocharger, highly precise direct fuel-injection and variable valve control, engine outputs will be more than 220kW and 450Nm with a projected 0-100 km/h time of well under five seconds.

An uncompromised focus on performance and handling has resulted in the modern Supra sporting an extremely short wheelbase, low centre of gravity, high body rigidity and ideal 50-50 weight distribution.

GR’s role is to support Toyota’s development of “ever better” road cars, forging new technologies and solutions under the extreme conditions of motorsport such as Toyota’s world endurance and rally championship campaigns.

“As the halo model for Toyota sports cars and our new GR brand, Supra points to a new-generation of driver-focused vehicles that will offer dynamic styling and faithful handling, even at the limits of performance,” Mr Hanley said.

“These inherent qualities will also flow into our regular production models, enhancing Toyota’s DNA as a company committed to bringing the freedom, adventure and excitement of driving to everyone,” he said.

The production Supra, to be unveiled in the first half of 2019, will be built by manufacturer Magna Steyr in Graz, Austria. 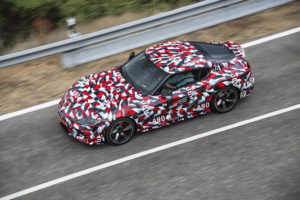 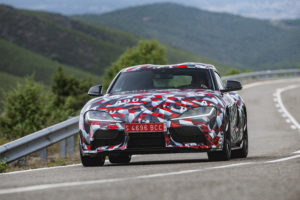 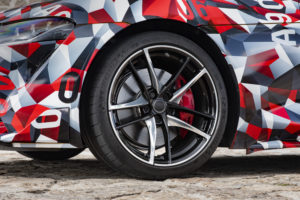 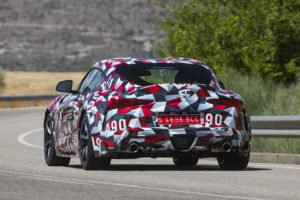 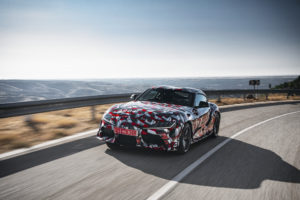 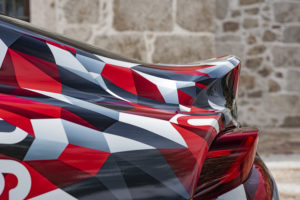 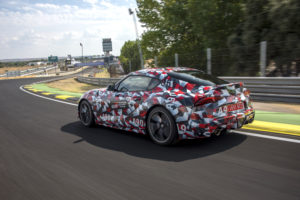 With an uncompromised focus on performance and handling, the new Supra’s wheelbase is shorter than the compact Toyota 86 sports car and the centre of gravity is even lower than for its acclaimed sibling.

The short wheelbase is combined with a wide track, resulting in a highly desirable “golden ratio” of less than 1.6:1 – better than most two-seat sports cars.

Supra’s performance credentials are boosted by a new aluminium and steel composite frame with body rigidity close to the carbon-fibre based LFA super car, enabling the engineering team to specify high-performance suspension components.

Chief engineer Tetsuya Tada said his goal was to develop a car that would reward driver intentions with sharp steering and high cornering performance.

“Regarding driving pleasure, my target was to achieve extreme handling performance as a pure sport car,” Tada-san said.

“Thanks to Supra’s robust body and high-performance suspension, you can enjoy an extremely high level of all performance aspects, including acceleration and deceleration response, ride comfort and cornering,” he said.

A low ride height is supported by the adoption of adaptive suspension and the reprofiled design of Supra’s eight-speed automatic transmission.

An electronically controlled active differential with a high reduction gear distributes up to 100 per cent of the available torque to either rear wheel. It results in ultra-quick and precise responses to steering-angle inputs when decelerating into a corner and full traction potential when accelerating out of a corner.

The transmission was chosen for its shift speed and direct feel as well as for maximising torque converter characteristics for powerful take-off acceleration.

In keeping with Toyota’s “go where the customer goes” philosophy, 90 per cent of development work was conducted on public roads, including autobahns, and test tracks including the famous Nürburgring Nordschleife, Germany, and in Miramas, France.

Long-distance drives in Europe and the United States resulted in changes including boot-space design, digital-speedometer sensitivity and fine-tuning of the noise and vibration package. Supra’s fun-to-drive nature was also built into the way it performs power slides and doughnuts, confirmed by testing in strictly controlled areas to guarantee the new car’s pure driving pleasure.

The Supra legend began in 1978 with what was essentially a Celica with a six-cylinder engine. By 1987, Supra was no longer part of the Celica range and was equipped with a 3.0-litre turbo engine, upgraded to twin turbo in 1993.

The first public sign of a modern Supra rebirth was the FT-1 Concept that made its debut at the 2014 Detroit Auto Show, previewing a possible rear-drive sports car.

While the FT-1 sports concept hinted at the styling direction, the new Supra also evokes previous legendary Toyota sports cars – such as the 2000GT and 80 Supra, for example, in the shape of the tail and the side windows.

Confirmation that Toyota was developing a new generation of the legendary Supra coincided with the unveiling of a one-off Toyota GR Supra Racing Concept at the Geneva motor show in March this year. This vehicle was then brought to Australia to build anticipation among Toyota’s sports-car fans.

A camouflaged production version of the new Supra made its debut at the Goodwood Festival of Speed in July.

Note: All details are preliminary and are based on overseas pre-production information.